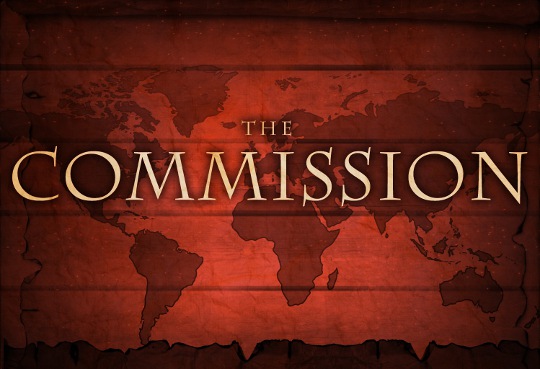 “The mark of a great church is not its seating capacity, but its sending capacity.”

“Never pity missionaries; envy them. They are where the real actions is—where life and death, sin and grace, Heaven and Hell converge.”

“I have but one passion: It is He, it is He alone. The world is the field and the field is the world; and henceforth that country shall be my home where I can be most used in winning souls for Christ.”

“Missions is not the ‘ministry of choice’ for a few hyperactive Christians in the church. Missions is the purpose of the church.”

“If Jesus Christ be God and died for me, then no sacrifice can be too great for me to make for Him.”

“No one has the right to hear the gospel twice, while there remains someone who has not heard it once.”

“Any church that is not seriously involved in helping fulfill the Great Commission has forfeited its biblical right to exist.”

“People who do not know the Lord ask why in the world we waste our lives as missionaries. They forget that they too are expending their lives… and when the bubble has burst, they will have nothing of
eternal significance to show for the years they have wasted.”

“I have but one candle of life to burn, and I would rather burn it out in a land filled with darkness than in a land flooded with light.”

“God isn’t looking for people of great faith, but for individuals ready to follow Him.”

“The Great Commission is not an option to be considered; it is a command to be obeyed.”

“If the Great Commission is true, our plans are not too big; they are too small.”

“Go ye’ is as much a part of Christ’s Gospel as ‘Come unto Me.’ You are not even a Christian until you have honestly faced your responsibility in regard to the carrying of the Gospel to the ends of the earth.”

“I believe that in each generation God has called enough men and women to evangelise all the yet unreached tribes of the earth. It is not God who does not call. It is man who will not respond!”

When James Calvert went out as a missionary to the cannibals of the Fiji Islands, the ship captain tried to turn him back, saying “You will lose your life and the lives of those with you if you go among such savages.” To that, Calvert replied, “We died before we came here.”

“’Not called!’ did you say? ‘Not heard the call,’ I think you should say. Put your ear down to the Bible, and hear him bid you go and pull sinners out of the fire of sin. Put your ear down to the burdened,
agonised heart of humanity, and listen to its pitiful wail for help. Go stand by the gates of hell, and hear the damned entreat you to go to their father’s house and bid their brothers and sisters and servants and masters not to come there. Then look Christ in the face – whose mercy you have professed to obey – and tell Him whether you will join heart and soul and body and circumstances in the march to publish His mercy to the world.”

“It is not in our choice to spread the gospel or not. It is our death if we do not.”

“If God’s love is for anybody anywhere, it’s for everybody everywhere.”

“People who don’t believe in missions have not read the New Testament. Right from the beginning Jesus said the field is the world. The early church took Him at His word and went East, West, North, and South.”

“It is possible for the most obscure person in a church, with a heart right toward God, to exercise as much power for the evangelisation of the world, as it is for those who stand in the most prominent
positions.”

“In no other way can the believer become as fully involved with God’s work, especially the work of world evangelism, as in intercessory prayer.”

“What’s your dream and to what corner of the missions world will it take you?”

“Missionary zeal does not grow out of intellectual beliefs, not out of theological arguments, but out of love.”

“If you take missions out of the Bible, you won’t having anything left but the covers.”

“If the Church is ‘in Christ,’ she is involved in mission. Her whole existence then has a missionary character. Her conduct as well as her words will convince the unbelievers and put their ignorance and
stupidity to silence.”

“The concern for world evangelisation is not something tacked on to a man’s personal Christianity, which he may take or leave as he chooses. It is rooted in the character of the God who has come to us in Christ Jesus. Thus, it can never be the province of a few enthusiasts, a sideline or a specialty of those who happen to have a bent that way. It is the distinctive mark of being a Christian.”

“The Christian is not obedient unless he is doing all in his power to send the Gospel to the heathen
world.”

“Prayer is the mighty engine that is to move the missionary work.”

“The will of God – nothing less, nothing more, nothing else.”

“If missions languish, it is because the whole life of godliness is feeble. The command to go everywhere and preach to everybody is not obeyed until the will is lost by self-surrender in the will of God. Living, praying, giving and going will always be found together.”

“A congregation that is not deeply and earnestly involved in the worldwide proclamation of the gospel does not understand the nature of salvation.”

“God uses men who are weak and feeble enough to lean on him.”

“To know the will of God, we need an open Bible and an open map.”

“Is not the commission of our Lord still binding upon us? Can we not do more than now we are doing?”

“The spirit of Christ is the spirit of missions. The nearer we get to Him, the more intensely missionary we become.”

“He is no fool who gives up what he cannot keep to gain that which he cannot lose.”

Jim Elliot, martyr who lost his life in the late 1950s trying to reach the Auca Indians of the Ecuador.

“We are debtors to every man to give him the gospel in the same measure in which we have received it.”

P. F. Bresee, founder of the Church of the Nazarene

“In the vast plain to the north I have sometimes seen, in the morning sun, the smoke of a thousand villages where no missionary has ever been.”

“Sympathy is no substitute for action.”

“Can’t you do just a little bit more?”

J. G. Morrison pleading with Nazarenes in the 1930s Great Depression to support the missionaries.

“Lost people matter to God, and so they must matter to us.”

“Some wish to live within the sound of a chapel bell; I wish to run a resuce mission within a yard of hell.”

“Christ wants not nibblers of the possible, but grabbers of the impossible.”

“The mission of the church is missions.”

“We talk of the Second Coming; half of the world has never heard of the first.”

“There is nothing in the world or the Church—except the church’s disobedience—to render the
evangelisation of the world in this generation an impossibility.”

“If God calls you to be a missionary, don’t stoop to be a king.”

“World missions was on God’s mind from the beginning.”

“In our lifetime, wouldn’t it be sad if we spent more time washing dishes or swatting flies or mowing the yard or watching television than praying for world missions?”

“Let my heart be broken with the things that break God’s heart.”

“No reserves. No retreats. No regrets.”

“If ten men are carrying a log – nine of them on the little end and one at the heavy end – and you want to help, which end will you lift on?”

William Borden, as he reflected on the numbers of Christian workers in the US as compared to those among unreached peoples in China.

“The reason some folks don’t believe in missions is that the brand of religion they have isn’t worth propagating.”

“Someone asked “Will the heathen who have never heard the Gospel be saved?” It is more a question
with whether we – who have the Gospel and fail to give it to those who have not – can be saved.”

“The gospel is only good news if it gets there in time.”

“God is pursuing with omnipotent passion a worldwide purpose of gathering joyful worshipers forHimself from every tribe and tongue and people and nation. He has an inexhaustible enthusiasm for the supremacy of His name among the nations. Therefore, let us bring our affections into line with His, and, for the sake of His name, let us renounce the quest for worldly comforts and join His global purpose.”

“You can give without loving. But you cannot love without giving.”

“Only as the church fulfills her missionary obligation does she justify her existence.”

“As long as there are millions destitute of the Word of God and knowledge of Jesus Christ, it will beimpossible for me to devote time and energy to those who have both.”

“The command has bent to ‘go,’ but we have stayed – in body, gifts, prayer and influence. He has asked us to be witnesses unto the uttermost parts of the earth…but 99% of Christians have kept puttering around in the homeland.”

“We must be global Christians with a global vision because our God is a global God.”

“Believers who have the gospel keep mumbling it over and over to themselves. Meanwhile, millions who have never heart it once fall into the flames of eternal hell without ever hearing the salvation story.”

“Tell the students to give up their small ambitions and come eastward to preach the gospel of Christ.”